This commission for an officer in the MVM 3rd Regiment of Infantry signed by Gov. Brooks, who was a Minuteman who answered the Alarm of April 19, 1775, the first day of our American Revolution at Lexington & Concord.

This Massachusetts Volunteer Militia commission was issued to Nathaniel Eveleth, 3rd, to be a Lieutenant in the 1st Regiment of Infantry in September of 1818, and signed by then Governor John Brooks, and Alden Bradford (Sec of the Commonwealth). The document retains its embossed state seal above the governor’s signature.

On the reverse Major General Samuel Fessenden signs as witness to Lieutenant Eveleth taking the oaths of both state and US Constitutions.

There are old repairs along the folds, and some small areas of paper loss, and overall, a suitable historial item great for framing and or for display. 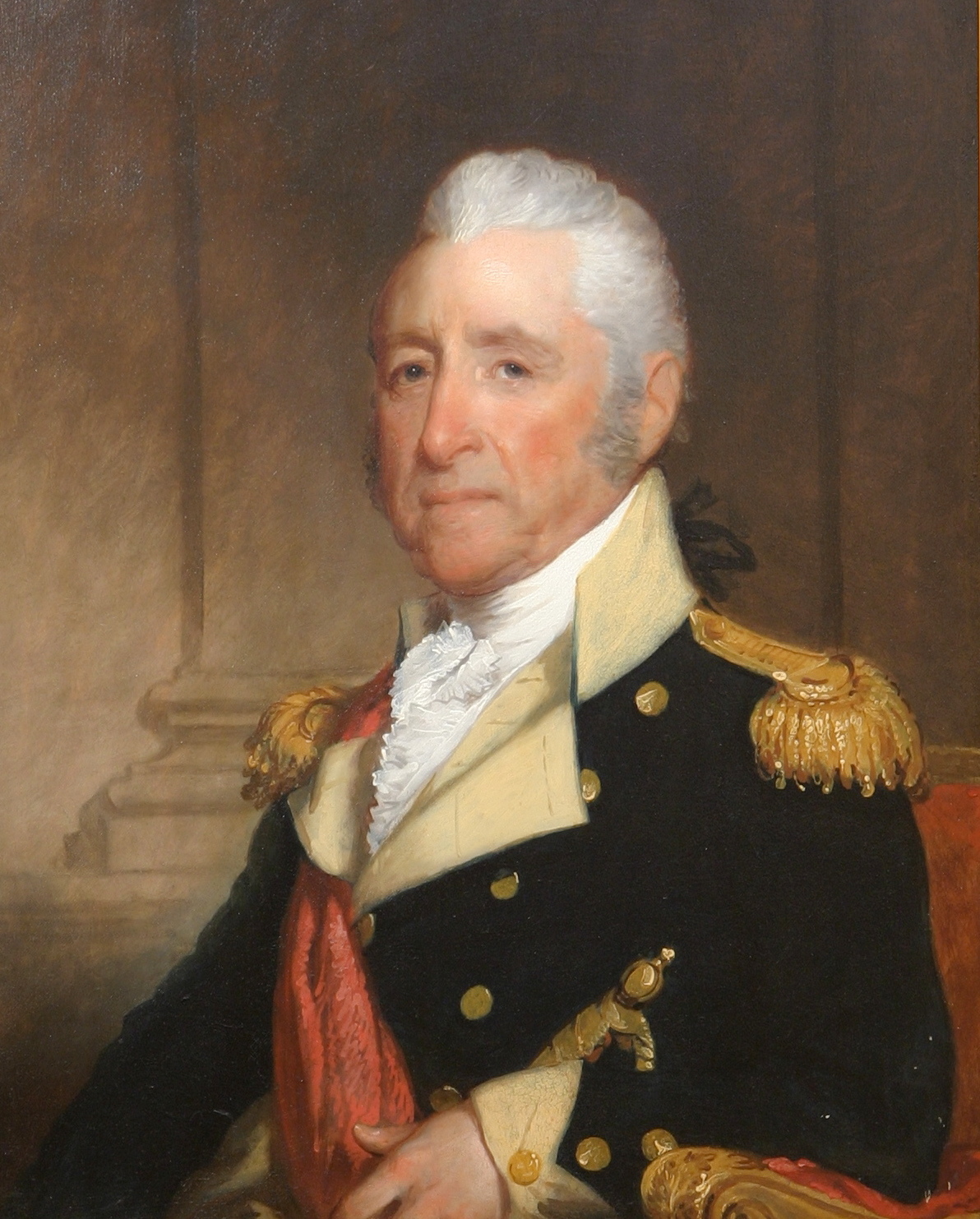 John Brooks  1752 -1825, military officer and politician from Massachusetts; lead Reading, Massachusetts’ Minuteman (Alarm) Co. to Lexington & Concord on April 19th, 1775, on the first day of the American Revolution.  He served in the Continental Army under George Washington during the New York and New Jersey campaigns, and later at the Siege of Fort Stanwix and Saratoga.

He was part of many more battles, and campaigns, later helped up down Shay’s Rebellion, served in the War of 1812, and shorty after was elected the 11th Massachusetts governor.

Finding the signatures of original Minuteman from April 19, 1775 is a hard task, and should be  more highly valued for their part in this Country’s history.  Scarce.